You are here: Home » Uncategorized »

Molly’s Story: “Without blood, I would not be here.” 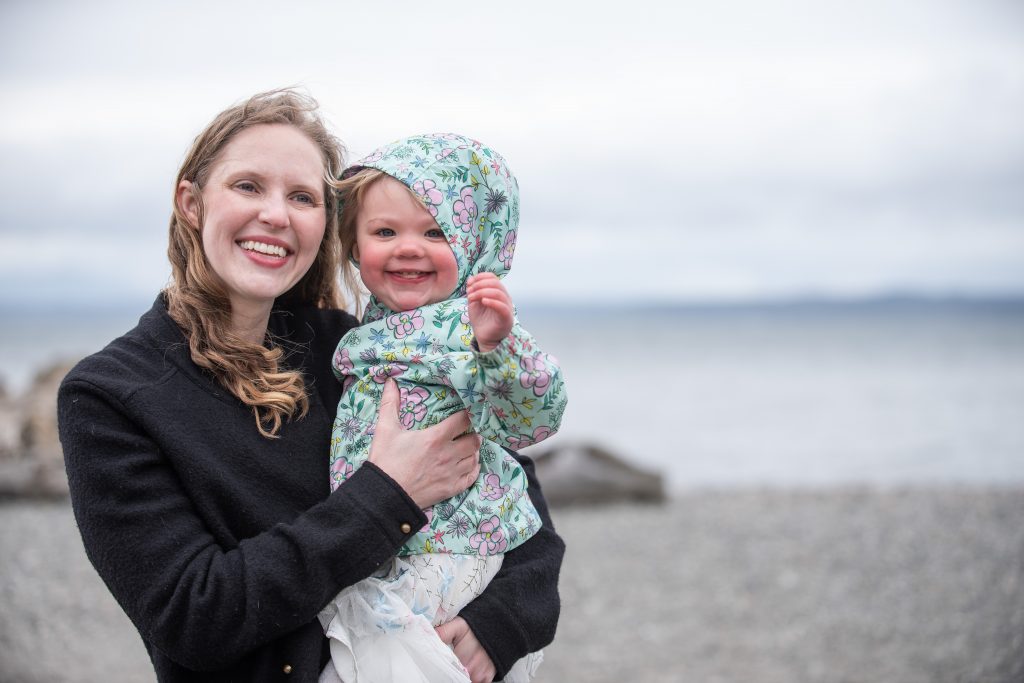 Molly Firth knows her way around health statistics. In fact, with a master’s degree in public health and more than a decade’s experience directing healthcare policy, she’s a verifiable expert. But when it came to her pregnancy with her daughter Clara, she couldn’t have predicted the traumatic turn her labor would take, or her sudden need for blood and expert care.

Fortunately, Molly gave birth at a hospital where Bloodworks Northwest ensured a strong blood supply and clear medical protocols. For many other new mothers in Washington and across the United States, this isn’t the case. Help us give all mothers the care they deserve by making a donation–and keep reading for highlights from Molly’s recent interview on the Bloodworks Happenings podcast.

On her unexpected birth experience: “I went into childbirth thinking that I was going to have a natural delivery, which was hilarious in retrospect because I did not. I immediately had an epidural and I ended up laboring for a really long time.  After about three hours of pushing, the doctor was like ‘You know, baby’s not really dropping, we might need to do a c-section.’  The baby came out–it was a girl–and soon after that, I started feeling a lot of pain. At some point I lost consciousness and woke up the next morning in the ICU very confused.

On waking up in the ICU: “I remember thinking, ‘Why am I in the hospital? Did I have a baby? Was I pregnant?’ I learned that I had lost a lot of blood, I’d had a seven-unit blood transfusion. It was very traumatic and not what I expected. You do not go into childbirth thinking you’re going to wake up in the ICU–you think you’re going to have the experience that everyone has when they get to hold their baby and have skin to skin contact right away.”

On connecting the dots: “I later learned I was bleeding at a rapid rate and the placenta wasn’t coming away from my uterus. What they thought had happened was this condition called placenta accreta which they confirmed in the pathology. If there was not blood there, I would not be here. They were just pumping the blood in and trying to stop it from bleeding out.”

On learning she’s not alone: “I’ve come to find out since that [postpartum hemorrhaging] is actually fairly common–frighteningly common. I learned that about 700-900 women die each year in the U.S. during or soon after childbirth and about 50,000 women a year experience life-threatening complications. That’s kind of a big deal. The scope is just so significant and you don’t expect that in a country like the United States.”

To celebrate Clara’s first birthday, Molly and her family hosted a blood drive. Molly also rolled up her sleeve in honor of the blood that saved her life and continues to help many other new mothers. Like Molly, you never know when you might need blood. This Mother’s Day, make a gift to Bloodworks to ensure the blood and expert care is available for those you love most.

Author: admin Saving lives through research, innovation, education and excellence in blood and laboratory services in partnership with our community.

Switch to our mobile site